Chronic intestinal pseudo-obstruction (CIP) is a rare disorder of gastrointestinal motility where coordinated contractions (peristalsis) in the intestinal tract become altered and inefficient. When this happens, nutritional requirements cannot be adequately met.

“Motility” is the term used to describe the contraction of muscles in the gastrointestinal (GI) tract. To facilitate normal digestion and the absorption of nutrients, food content is propelled through the GI tract by synchronized or coordinated contractions in a process called “peristalsis.” Peristalsis is dependent upon the coordination between the muscles, nerves, and hormones in the digestive tract.

In CIP the intestines react as if there is a true mechanical obstruction or blockage. However, when tests are performed, no physical evidence of blockage is found. There is no unique sign or symptom that allows a positive diagnosis of the pseudo-obstruction.

The term “pseudo-obstruction’ refers to a group of gastrointestinal disorders with similar characteristics that can have a variety of causes. The symptoms of intestinal pseudo-obstruction are caused by a problem in how the muscles (visceral myopathy) and nerves (visceral neuropathy) in the intestines work. When tests show that the dysfunction is caused by unsynchronized contractions, the disorder is classified as neurogenic (arising from the nerves). If the dysfunction is caused by weak or absent contractions, the disorder is classified as myogenic (arising from the muscles).

In some patients, pseudo-obstruction may progress throughout the digestive tract. This includes the esophagus and stomach as well as the intestines. The bladder may also become affected.

Pseudo-obstruction in children is usually congenital, or present at birth. It may also be acquired, such as after an illness.

There is no single lab test to diagnose pseudo-obstruction. Symptoms may mimic or be similar to other gastrointestinal disorders. Pseudo-obstruction is diagnosed based on symptoms, clinical findings, and tests to rule out the presence of a mechanical obstruction. The doctor will take a complete medical history, do a physical exam, and take x-rays to see if there is evidence of physical blockage.

Further tests can be done to look at the underlying causes of the disorder. Tests may include manometry, which measures patterns and pressure within the gastrointestinal tract. Manometry can help confirm the diagnosis, help measure the extent of the disease, and help determine the proper treatment. Biopsies (tissue samples), which allow the study of both muscles and nerves under a microscope, may be obtained if a surgical procedure is performed.

The main treatment is nutritional support to prevent malnutrition and antibiotics to treat bacterial infections. Disorders that may coexist and worsen symptoms of pseudo-obstruction–such as gastroparesis (delayed stomach emptying), gastroesophageal reflux, or bacterial overgrowth–need to be identified and treated.

The challenges of treating chronic pseudo-obstruction are often multifaceted and involve the patient and family as well as the physician. The physician may suggest a multidisciplinary approach to treatment. A management team might include the child’s pediatric gastroenterologist, a pediatric pain management specialist, a behavioral specialist, and others.

Chronic abdominal pain or the fear of pain is a common complaint in children with chronic intestinal pseudo-obstruction and may be treated with behavioral or relaxation therapy as well as with non-narcotic medicines.

Some children are able to benefit from small, frequent meals. Others are unable or unwilling to eat because of the severity of their symptoms. For those unable to eat, nutritional support may be provided using predigested liquid diets that are fed through tubes placed into the stomach or intestines (enteral feeding). One method uses a nasogastro tube (NG-tube), which is placed through a nasal passageway into the stomach. Another method uses a gastrostomy (G-tube), in which a liquid diet is fed directly into the stomach through a tube that has been surgically introduced through the abdominal wall. Gastrostomy is not effective when the obstruction occurs in the stomach. In that case, a third method involves feeding through a jejunostomy (J-tube). A jejunostomy feeding tube is surgically placed in the small intestine (jejunum). Both the gastrostomy and jejunostomy can act as an outlet if needed to decrease pressure and pain in the bowel.

Parenteral (i.e., not enteral) nutrition is considered if gastrostomy and jejunostomy prove ineffective. Parenteral nutrition is the slow infusion of a solution of nutrients into a vein through a catheter, which is surgically implanted. This may be partial, to supplement food and nutrient intake, or total (TPN, total parenteral nutrition), providing the sole source of energy and nutrient intake for the patient. Complications associated with long-term use of TPN include infections and liver problems, which can be difficult and severe.

In severe cases, surgery to remove part of the intestines might be necessary. In a sub-set of patients, when pseudo-obstruction is limited to an isolated segment of the bowel, surgical bypass may be considered. In the most severe cases, when patients receiving total parenteral nutrition experience life-threatening complications such as severe infection or liver failure, small bowel transplantation may be considered. This procedure is challenging and has many associated risks. It should only be considered when all other treatment options have been exhausted.

Note:
One intriguing possibility for future treatment that is under investigation is the prospect of gastric or intestinal pacing to normalize intestinal transit. This process, using high frequency electric stimulation, is similar to that of a heart pacemaker. A study of patients with gastroparesis found gastric pacing of the stomach to be efficient in the treatment of nausea and vomiting. However, much more research is needed before determining if pacing will be effective for treating intestinal motility disorders.

Over the last several decades, awareness of pseudo-obstruction has increased dramatically within the medical community. Diagnosis and treatment have improved. Nonetheless, continued clinical and basic research is needed before the disease is fully understood, and improved treatment or ultimately a cure found. 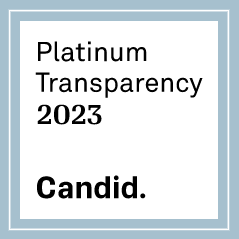